Remember the recent story saying that The Lone Ranger starring Johnny Depp wouldn’t be going forward? Well, that might not be true. According to Deadline, an insider claims that Depp is demanding to work with director Gore Verbinski.

A few years ago, Johnny Depp showed up on a white horse at a Disney event, signaling that he would be playing Tonto in the Gore Verbinski-directed The Lone Ranger. Since then, we’ve heard a ton of tales, including that the studio wasn’t going forward with the project. Too expensive, it seems. 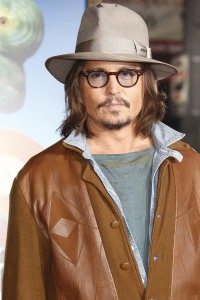 Well, Deadline just reported that producer Jerry Bruckheimer and Verbinski are presenting a new budget “in the $215 million range” after cutting it down from the original $275 million. The studio really wanted $200 but might play ball, according to the site.

Now they’re reporting that an insider claims Depp, who worked with this director on Rango, won’t go forward with the project unless Verbinski directs. It’s highly unlikely that Disney will drop Depp, since he’s still box office gold. The site claims that Verbinski ”won’t take the budget down to a certain point where it’s not the same movie that he started out to make.”

No final word on a decision, but we’ll keep you posted. We want to see Johnny Depp in another crazy costume too.