Everyone’s favorite fashionista is back for the 4th season of her hit self-titled Bravo show,“The Rachel Zoe Project” and SheKnows has your sneak peek at all the exciting details straight from her personal hair and makeup artist/besty, Joey Maalouf. 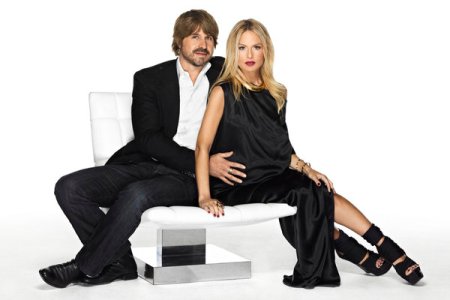 “I’m so used to Rachel being chaotic and having five things going on at the same time,” Joey tells SheKnows.

And in Season 4 of The Rachel Zoe Project, she’s adding one more thing to that list: motherhood.

So does this mean the days of Zoe’s coffee chugging, meal skipping, and party hopping are over?

“She’s all about taking care of herself and calming down,” Joey tells SheKnows. “Her energy just transitioned to this amazing Zen person. It was like, ‘Oh my god! My BFF, who I used to sit and gab with and go out with and dance with, is like all of a sudden wanting to stay home.”

But Joey doesn’t mind. He told us he loves baby Skyler, who is almost six months old now, like he is his own.

“I always tell [Rachel] that Angelina Jolie called and wants her baby back because he’s so beautiful,” says Joey. “He’s the perfect child. He’s very calm and he possesses Rachel’s energy.”

Joey says Rachel’s enjoying mommyhood so much, he wouldn’t be surprised if they try for a second.

“They won’t say it out loud but I think she wants another one,” Joey tells SheKnows. 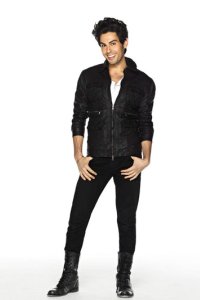 Before the baby comes though, season 4 will have plenty of fashion-focused drama for the diehard fans. Rachel replaces her old assistant Brad with newbie Jeremiah, who Joey says takes some inevitable heckling from the team.

“Jeremiah struggles a little bit with being the new person in town,” Joey tells SheKnows. “I was kind of Cruella de Vil for a little bit to Jeremiah but he comes through and he’s a spectacular person.”

Unlike Brad and Rachel’s first assistant Taylor though, Joey tells us Jeremiah is not out to steal Zoe’s throne.

“I wouldn’t compare him to them at all,” says Joey. “He’s a completely different entity to Rachel Zoe Inc. than they were.”

Some other highlights include Rachel’s transition to a fashion designer, a cameo by Kim Kardashian, and Joey trying his hand at styling.

“We’ll definitely be celebrating another exciting year for a very strong and confident woman who inspires me every day,” says Joey.

Check out a Preview of Season 4

More on The Rachel Zoe Project

Now your lips look can lool like Rachel Zoe’s