America’s Got Talent put the final five semi-finalists through to the top ten Wednesday night. Did your favorite make the cut? Read on to find out.

It’s time to unleash the talent! That never gets old! 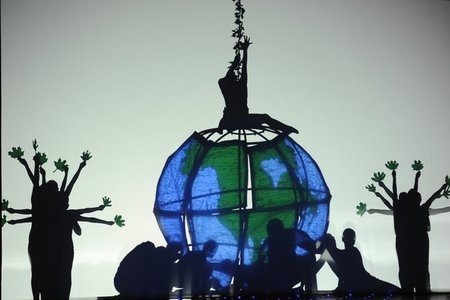 America’s Got Talent unleashed a massive amount of talent with this year’s semi-finalists, and with the last five spots in the top ten up for grabs during the results show Wednesday night, it was anybody’s game.

The first act to take one of the five remaining spots was the act we think is the million dollar act, Silhouettes. This group of talented dancers, who have a four-year-old among them, make the most beautiful shadows out of their bodies and lights. Shame on you if you missed their Tuesday night performance!

The next two acts to nab a spot in the top ten were the powerhouse singers Anna Graceman and Landau Eugene Murphy Jr. Now, we did call Anna Graceman to move on, but we thought Murphy would be sent packing. Hey, one wrong guess isn’t bad.

The fourth spot went to our second choice to win the whole show, illusionist Landon Swank. This guy played a real life version of Russian Roulette on the performance show. He could very well be the next David Copperfield. He has a an old school illusionist feel to him — and it doesn’t hurt that he’s sexy!

The ever important judges’ choice came down to The Kinetic King, Snap Boogie and Smage Bros. Riding Shows. America voted out The Kinetic King right off the bat, leaving the other two up to the judges.

They couldn’t help but go with danger and Smage Bros. Riding Shows.

What do you think of the top ten?