Chaz Bono has yet another mountain to climb. His casting on Dancing with The Stars has caused a backlash against ABC and the network comment board was filled with some not-so-nice things said about the transgender celebrity. 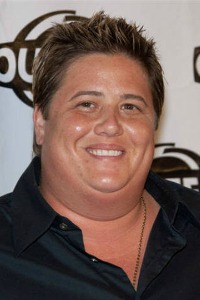 Of all of the obstacles Chaz Bono has had to overcome in his life, this might be one of the biggest– facing a public that is hell-bent on not liking him after the announcement that he would dance on Dancing with The Stars.

After the official cast reveal on Monday evening, the ABC message boards at ABC.com were flooded with negative comments about the LGBT activist. Bono, the only child of Sonny Bono and superstar Cher, recently changed his gender from female to male. He is involved in a long-time relationship with girlfriend Jennifer Elia and is happier now than at any other time in his life.

Chaz Bono prepares for Dancing with The Stars>>

Said Bono, “Sexual reassignment was the best decision I have ever made. I am happier, more confident, I feel great. I am a person who believes things happen when they’re supposed to happen. I was ready when I was supposed to be ready.”

Chaz’ gender reassignment brought to the surface many prejudices about both Bono and others who have decided to change their gender.

Said an ABC post, “HUGE HUGE fan of this show since season two and eagerly await each season to get my dancing/entertainment ‘fix’!! But when I heard that Chaz Bono was going to be on, I was sick. Not that I have anything personally against her/him. I just don’t want that lifestyle choice continually flaunted in the media, esp. ABC.”

This isn’t the first time a television show has been in the spotlight for tolerance about sexual orientation. American Idol has had several openly gay performers who went on to do rather well in popularity–Clay Aiken and Adam Lambert to name two. But both declined to address their sexuality on air during their rise to fame.

Two seasons ago, Bristol Palin came under fire as fans declined to vote for her because of her mother, Sarah Palin’s, political views.