Chaz has gone Hollywood! Chaz Bono appeared On Air with Ryan Seacrest to talk about his Dancing With the Stars gig, including why he kept it a secret from mom Cher and his first spray tan experience.

Chaz Bono will be appearing on this season of Dancing With the Stars and he has just found out he will be paired up with pro dancer Lacey Schwimmer. Chaz, who will be the first transgender contestant to appear on the hit ABC show, went On Air with Ryan Seacrest to give him the inside scoop. 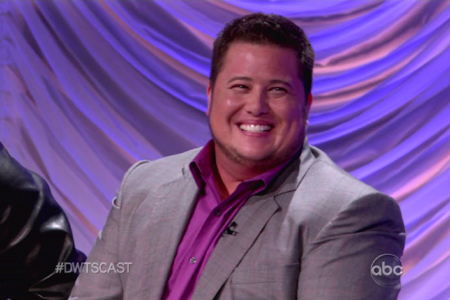 Chaz, who told Ryan he has a “very limited” skill set with dancing, has already begun prepping for the competition by hitting the gym – and getting a spray tan!

“I did my first ever spray tan on Sunday!” he said, laughing. “It was a woman with an airbrush.” He said he keeps looking at his hand, wondering “Is it a little orange?”

He says he doesn’t mind it because, hey, “It is part of being on DWTS!”

Chaz, who underwent the female-to-male transformation in 2009, said he decided to do the show for a couple of reasons.

Chaz also revealed that he kept DWTS a secret from his mom, Cher, and only told her a couple of days ago! “ABC put this fear of God into me and I wanted to respect them wanting to keep it private for as long as possible,” he said.

How did she react when he told her? “She thought it was great I was doing it. She wanted to know if I was nervous.”

What was it like for Chaz meeting his new partner, Lacey, for the first time? “I was nervous to find out who my partner will be. I was relieved it was Lacey. She’s great. She’s young and fun and kind of crazy. She has a great attitude for teaching me.”