New details have emerged about Justin Bieber’s minor car accident on Aug. 30 in California. The singer was shaken up, but luckily sustained no damage to both himself or the car he was driving.Bieber was still celebrating his big VMA win for Best Male Video on Sunday. 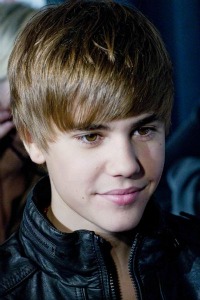 Justin Bieber is like any other young driver. He loves to get behind the wheel of a car. So imagine his dismay when he was involved in a minor car accident this past Tuesday in Studio City, CA.

New details have emerged about Justin’s fender bender in a borrowed Ferrari. Access Hollywood reported that the incident occurred around noon and that no other cars were involved. Thankfully, there were no injuries to Justin or the passenger in his car, which was reported to have been his assistant.

The incident was reported by the Los Angeles Police Department as such: Justin was backing out of a parking space in an underground lot and tapped into the other car. That’s it.

As a matter of fact, the incident was so trivial that the police department didn’t even file an accident report at the scene. Said a release from the LAPD, “No one was injured and there was no damage to either vehicle.”

The Los Angeles Times reported that the paparazzi came onto the scene way before the police even got there, and blew the incident up into a major accident when it was only a bump and a drive away.

When word got out that the singing sensation was involved in the accident, the media jumped on it and the story was reported all around the world and even made the rounds on Twitter, with worried fans posting by the thousands.

The 17-year-old Bieber was in California for the MTV Video Music Awards on Sunday, where he won a moonman for Best Male Video. He grabbed headlines upon entering the venue, for having his pet snake, appropriately named Johnson, wrapped around his wrist.