Oscar De La Hoya is back in fighting shape after dealing with some pretty serious demons.

What we know: Champion boxer Oscar De La Hoya went to rehab earlier this year to face his problems with drugs and alcohol. What we didn’t know: He contemplated suicide before seeking help. 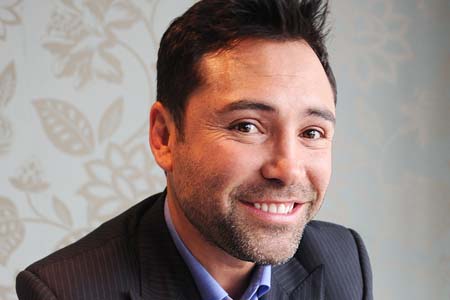 Whoa. De La Hoya told Spanish language channel Univision that the time before he went to rehab was probably the darkest of his life.

“Rock bottom was recently,” De La Hoya said in a translated interview. “Within [sic] couple of years, just thinking if my life was even worth it. I don’t have the strength, I don’t have the courage to take my own life but I was thinking about it.”

The Golden Boy boxer retired from fighting in 2009 after a loss to Manny Pacquiao. He later lost his mother to breast cancer, an event that sent him into a tailspin of addiction.

Now, he’s trying to pick up the pieces of his life. He’s been sober for three months and is trying to rebuild his relationship with his wife.

“We are obviously not talking a Tiger Woods here, but I was unfaithful,” De La Hoya said of his marital troubles.

Here’s hoping 2012 is a better year for the Golden Boy.

Do you think De La Hoya can bounce back from his personal struggles?