Party bus driver of the week Heather Bormann has officially filed an assault complaint against Lost alum Matthew Fox. Whether or not criminal charges against Fox are pressed now depends on the Cleveland City Prosecutor’s Office. While they interview witnesses and further investigate the matter, Bromann plans to file a civil suit. The alleged assault victim is getting her fifteen minutes of fame, but Matthew Fox remains mum.

The Matthew Fox Cleveland scuffle continues to make headlines. Heather Bormann officially filed a criminal complaint against Fox Tuesday and witnesses are now being interviewed. Bormann claims a drunk Fox tried to hitch a ride on her party bus and then physically attacked her for not letting him in. 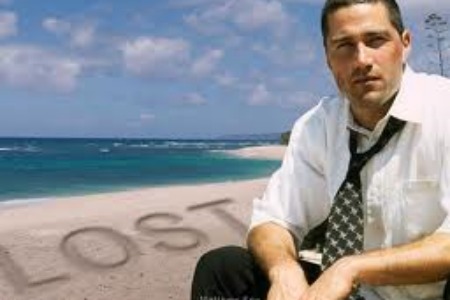 Bormann’s story is that she was driving for a private bachelor party when Fox showed up looking for a ride back to The Ritz-Carlton Hotel at around 1:20am Sunday Aug. 28. Bormann “got up from the driver’s seat and blocked the entrance,” according to the police report, so she says he punched her “in the chest and stomach area,” forcing her to defend herself.

“It was all within maybe a minute from me noticing him to fists flying,” Bormann told Cleveland’s Fox 8 on her way out of the courthouse yesterday. “It was like a minute, if that… When I punched him I hurt my hand. [Celebrities] need to refrain from the alcohol, definitely, when they know they’re in the limelight.”

Bormann has been sporting a wrist brace and showed off some of her bruises on Monday. The prosecutor’s office has snapped photographs of those bruises, along with some on her legs, according to CNN reports. Now, prosecutors will have to decide about pressing criminal charges, while Bormann will move on to filing her civil suit.

“He hit me and he should pay the consequences of assaulting a woman,” Bormann insisted. “Right now it’s considered a civil matter and that’s why he was ultimately released Sunday morning, so I would have to press charges.”

At press time, Fox still has not publicly commented on the incident and surprisingly, there hasn’t even been any secret source on the gossip sites yet or paparazzi shots of the split lip Bormann says she gave him in retaliation.

Though one fan did speak out in Fox’s defense, one has to wonder what happened to the guys at Bromann’s bachelor party. Though they aren’t talking to the press either, they may be talking to someone.

With Bormann making news every day this week, there’s sure to be more updates today. As the story continues to unfold, however, don’t let Fox’s silence convince you of his guilt or innocence. Any lawyer would tell him it’s in his best interests to stay mum until this is hashed out legally.

Plus, the way celeb arrests and blow ups are handled these days, Fox could easily show up in rehab, even if he’s not guilty. Stay tuned for more on this story.