Mike Tyson teams with HBO for a new drama based on boxing! 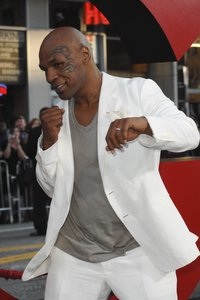 Mike Tyson is stepping into the ring with TV giant, HBO.

Mike Tyson loves to race pigeons in his Animal Planet series Taking on Tyson, but who knew he was also interested in drama?

According to a report from The Hollywood Reporter, HBO has ordered a drama pilot based on, what else, boxing!

Spike Lee is on board to direct, write and serve as showrunner. Doug Ellin will produce the show. Mike Tyson and John Ridley penned the original pilot for Da Brick.

We’re curious to see the similarities Da Brick has with Ellin’s Entourage, which is loosely based off of Mark Wahlberg’s Hollywood scene.

Interestingly enough, Tyson made a cameo on Ellin’s Entourage back in 2010, which is when the idea of doing a series based on Tyon’s past came about.

The jury’s out on how a drama like this will do. We do, however, think anything involving Mike Tyson is intriguing to the say the least.

Will Da Brick be a hit like Entourage? What are you thoughts?