Sarah Michelle Gellar told Entertainment Weekly her lifestyle leaves her wondering if her daughter is okay. 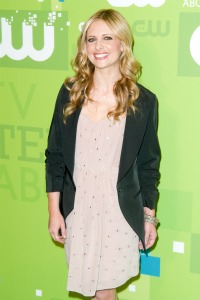 Like many working moms, Sarah Michelle Gellar misses her child like crazy when work keeps her away from home. Unlike most moms, her career as an actress can keep her away for 18 hour days or for days at a time to locations all over the world.

“It’s been difficult,” Gellar told EW editor Jess Cagle. “My hat goes off to any working parent. It is the hardest to juggle. I know my job is by no means the hardest in the world, but to any parents, again, it is so difficult because you’re trying to focus so hard but you’re always wondering, ‘What’s my child doing? Are they OK? Did they eat their lunch? Did they eat their vegetables? Did they take their nap?’ It’s hard to separate both of them.”

Now that Gellar has landed a plum new gig on the CW drama thriller Ringer, she’s grateful the hours aren’t as long as what she’s been used to in the past.

“I think that that is the hardest thing about what we do is the hours. They are very long, but I will say that this experience is incredibly different,” she said.

“You learn a lot from your first time. Don’t do a show with vampires, at night, with stunts,” Gellar joked, referring to her breakout hit show Buffy the Vampire Slayer. “There is only so much available night, and it’s outside and it’s cold. You want to play rich people, so we are playing rich people indoors. So we get done by 8:00 at night, much more civil.”

Look for Sarah Michelle Gellar in the premiere of Ringer Sept. 13.