Rob Kardashian says he is only joining Dancing with the Stars because his mom Kris Jenner is forcing him to do it. 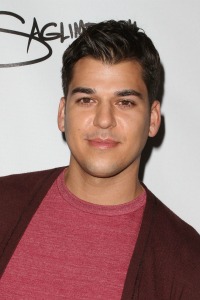 Kim Kardashian‘s brother Rob Kardashian was recently cast as a contestant on Dancing with the Stars — but the guy says his mother Kris Jenner pretty much forced him into it.

Kardashian told Life & Style magazine, “I’m actually shocked that I’m doing it — I’m very low-key and really don’t like being in the spotlight, but my mom forced me. That’s the real reason I’m doing it!”

And guess what? This isn’t the first time momager Kris Jenner has pushed her kids towards a paycheck. Kim Kardashian competed on Dancing with the Stars in 2008 but was yanked during her third week.

“She (Kris) forced Kim to do it, too. [My family] told me that I had better beat Kim as she’s a terrible dancer, and if I couldn’t do this, then I had a problem. I’m hoping that I do well.”

Mommy issues inside, Kardashian also said he joined to bring his weight back under control.