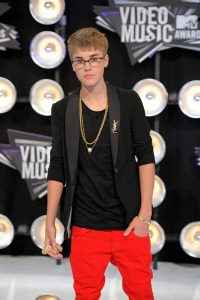 Oh no! Justin Bieber has experienced the worst nightmare of every teenager who’s only had his license a little while: He got into a fender bender. For him though it was probably a bit scarier than the first time you were rear-ended. While you may have been driving a beater, he was in a Ferrari!

The teen idol, who won the best male video award for U Smile at the VMAs Sunday night, was cruising around Los Angeles in a gorgeous Ferraro when he was hit by a Honda, according to the LAPD.

Luckily for Bieber — and the driver of the Honda — the collision was so minor that it didn’t even leave a mark.

Los Angeles Police Department Officer Gregory Baek confirmed the teen was involved in “a very minor collision” and said neither Bieber nor the other driver reported any injuries.

It’s a good thing that Ferrari wasn’t cracked up, because Bieber’s girlfriend Selena Gomez won’t roll in a loaner car.