Giuliana Rancic and LeAnn Rimes are facing off in a battle of the boniest. Who is Giuliana to tell LeAnn she needs to eat more?! 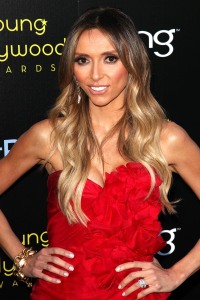 LeAnn Rimes is no stranger to being told she’s too thin, but we never expected Giuliana Rancic to be the one calling her out! Though the E! News host has faced weight critics of her own for years, she had no qualms telling the singer she ought to be packing on a few pounds.

Speaking of LeAnn Rimes, Giuliana Rancic recently told Huffington Post, “She lost a lot of weight from all the stress in her life. She seems a little thin right now and I think she looks great when she’s a bit curvier.”

Never one to let a comment go without a reply, LeAnn took to her Twitter page to respond to Giuliana’s comments. “@GiulianaRancic hey, we should go to dinner sometime,” she wrote. “You get criticized all the time for how small you are. You can see just HOW much I eat and maybe put a stop to this crazy “shrinking” once and for all … Then we should workout together! Good luck with your restaurant!!!!”

LeAnn Rimes, who recently celebrated her birthday on the beach in a bikini, was accused of being rude to Giuliana. “How is that rude?!” she reponded to a Twitter user. “It’s the truth … I just don’t appreciate her comments, so I really would love for her to hang with me, see who I am. I am a person you know.”

Break out the calendar and mark this down — we’re on LeAnn’s side on this one! If anyone was being rude it was Giulana Rancic, don’t you think?

LeAnn Rimes celebrates 29th birthday in a bikini
LeAnn Rimes has bone to pick with weight hecklers
LeAnn Rimes will not be modeling bikinis, y’all