Adam Levine, Maroon 5 frontman and judge of The Voice, is not backing down on his attacks of MTV’s Video Music Awards. 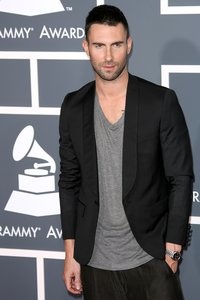 “I remember when I was a kid I worshipped the VMAs,” said the Maroon 5 frontman and judge of The Voice to E! online. “I’d see these incredible moments where the whole world sat still to watch the VMAs and year ’round they’d play music — Nirvana, Pearl Jam, bands I loved. There were a lot of memorable moments and not only that, it was music television. It was a celebratory day that represented what the channel stood for.”

“It’s public knowledge that it’s not a music channel,” Levine said of MTV. “(The VMAs have) become a huge promotional opportunity for artists, which is a good thing. I think that great artists were there and they were represented and there could have been more.”

Levine initially blasted MTV on the eve of Sunday’s VMAs via Twitter.

“The VMA’s, one day a year when MTV pretends to still care about music. I’m drawing a line in the sand. F**k you VMA’s!” Levine said.

MTV responded by saying, “Sooo, you’ll be tuning in at 9/8c tomorrow right? BTW, bonus points if you TwitPic your 2004 Moonman!”

Levine and Maroon 5 won a 2007 Best New Artist Moonman for their video for the song This Love. The soul-pop band is presently in the midst of a world tour and are looking to release a new album next year.

Attempts to reach MTV by SheKnows.com for comment about Levine latest missive were unsuccessful.