Maggie Q stars on the action packed CW show, Nikita, and the network has shared some exclusive dish straight from Q’s mouth as to what we can expect in the new season.

One bad-ass woman taking down the bad-guys, one hit at a time, is what Maggie Q’s Nikita is all about! 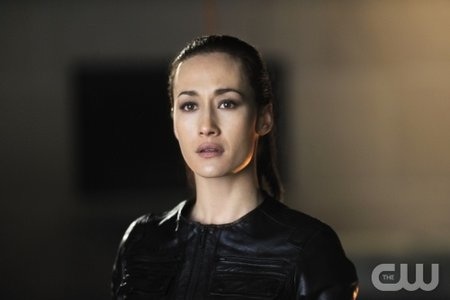 The CW has done nicely at mixing up its line-up to make sure there is something for everyone. If you want the supernatural, head over to watch Damon take a bite out of The Vampire Diaries. If you want soapy scandal, perhaps Gossip Girl is your thing.

Interested in a strong-willed woman bent on taking down the people who wronged her? You have to check out Nikita.

Maggie Q plays the fierce Nikita in Nikita and the CW offered up this exclusive video of the actress chatting up the new season and what we can expect to see when her character returns.

Want to know what happens now that Michael (Shane West) and Nikita are on the same page? Check out the video…

With new adversaries “popping up” in season two, it certainly “will be a ride” as Maggie Q puts it.

Keep checking back as SheKnows brings you all the latest CW videos, news and pictures from their new and returning shows.

Nikita premieres Friday, Sept. 23. You don’t want to miss it.

Which CW show are you anxiously awaiting the return or debut of?

For more CW news Read on