Chaz Bono, the transgendered son of Cher and Sonny Bono, will be appearing on Dancing With the Stars. Find out how he is preparing to compete on the dance floor.

Fresh from confirming he will be on Dancing With the Stars, Chaz Bono is gearing up by hitting the gym. Wearing a black tank top and silver workout pants, TMZ spotted Chaz leaving a West Hollywood gym on Saturday. 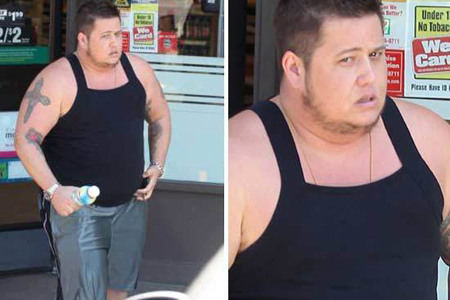 The author and activist has been battling his weight for many years, and will no doubt drop some serious pounds on DWTS. Kirstie Alley, Kelly Osbourne and Maria Osmond all lost a lot of weight when they competed on the hit show.

Chaz, who will be the first transgender contestant on the show, tweeted his excitement. “I am so happy to finale [sic] confirm that I am doing DWTS this season and I couldn’t be more excited about it.”

He has plenty of supporters rooting for him, including the Gay & Lesbian Alliance Against Defamation (GLAAD) who said in a statement:

“At a time when transgender representation in the media is sorely lacking, Chaz Bono joining the cast of a series like Dancing With The Stars would be a tremendous step forward for the public to recognize that transgender people are another wonderful part of the fabric of American culture. Appearing on such a high profile show would allow millions of Americans to get to know him in a whole new light.”

Chaz was born a female to parents Cher and the late Sonny Bono. He underwent a female-to-male gender transition around 2008 and in 2010 he legally changed his gender and name. He has since gone on to write a book about the experience, titled Transition: The Story of How I Became a Man.

Chaz will be dancing with a female dancer on Dancing With the Stars, which premieres on Sept. 19th.