In the wake of Russell Armstrong’s death, Bravo has a special in the works to address his suicide.

We know The Real Housewives of Beverly Hills’ premiere is being re-edited after the tragic suicide of Russell Armstrong. What we’re wondering now is if the special Bravo is planning to air addressing his suicide will take the place of the Sept. 5 premiere they had originally planned. 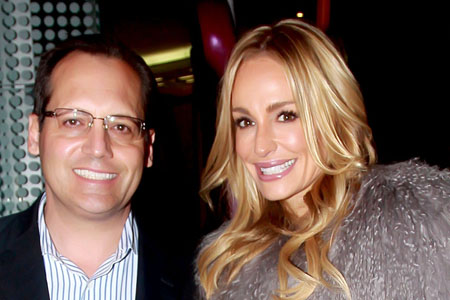 According to Entertainment Weekly, Bravo has filmed a special that will address the death of Russell Armstrong that includes main cast members Lisa Vanderpump, Camille Grammer, Kyle and Kim Richards, and Adrienne Maloof.

The big question on everyone’s mind is whether or not his estranged wife, Taylor Armstrong, would be included in the special. That’s a no. The report says she was not part of the taping. She was also not at the recent wedding of Lisa Vanderpump’s daughter.

Oddly enough, Russell Armstrong’s lawyer, Ronald Richards, said Russell would not have wanted any of the cast mates at his memorial services, so the fact that any are a part of the special is interesting.

Right now it is unclear as to when the Bravo special will air or if the season premiere will go on as planned.

Do you think a special addressing Russell Armstrong’s suicide is warranted or should the season just be shelved at this point?