It’s been less than two weeks since the wedding that rocked Hollywood to its core. They were so much in love. So why was Kris Humphries a no-show at the MTV VMA’s and why was wife Kim Kardashian sitting thisclose to Taylor Lautner?

Kris Humphries and Kim Kardashian are the “it” couple of the moment and nothing short of a split hair will seperate them. So why, after only a few scant weeks as husband and wife, are they apart? 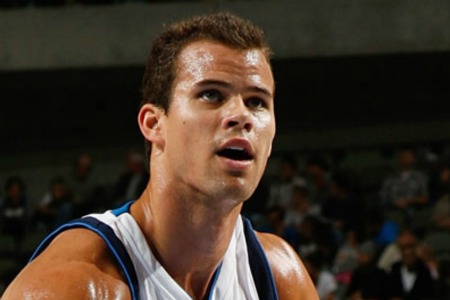 It was a scandalous night for Kim Kardashian, who had to keep fielding questions as to why handsome sports star hubby Kris Humphries was not by her side for their big first public night out at the VMAs. Everyone was wondering what her answer would be and quite frankly, it’s downright boring.

“He’s in Minnesota! Packing for NYC for a few months,” Kim told US Weekly.

Reportedly, Minnesota native Humphries is getting his things together to join his wife as she and sister Kourtney head to New York City to begin filming season two of Kourtney and Kim Take New York.

Kim was seated next to Twilight and Abduction hottie, Taylor Lautner. Guess Kim wasn’t missing her hubby too much, as sitting next to Taylor was just like having him on her arm. Or are we the only people in the world who see a resemblance? 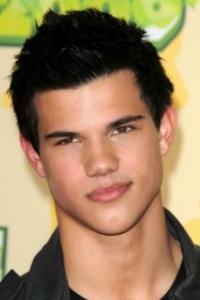 Guess not, because when Taylor was questioned about his uncanny resemblance to Humphries, he responded, “Oh boy, that’s interesting. I can see it a little bit…is that a good thing? I will take the compliment, thank you very much.”

Do you see it?

Anyway, Kim is still riding high on the bliss that was her wedding day. She and Humphries not only upstaged any royal nuptials that took place this year, they also upstaged any celebrity wedding to come in the near future. Kim supposedly was upset that People left her new hubby off the mag’s cover, according to Socialite.com, and was afraid of how his family would react to the snub.

Reportedly the Kardashian wedding issue, despite the fact that People pushed the price up $1 for the issue, was a big seller, but still did not sell as many copies as the issue that detailed this year’s royal wedding.