If there was ever a comedian’s dream, it is coming true on September 19 as stars line up to roast Charlie Sheen for a Comedy Central special. Sheen, already the punch line of a million comedian’s jokes, will allow himself to skewered on stage, much to the delight of his voyeuristic public. 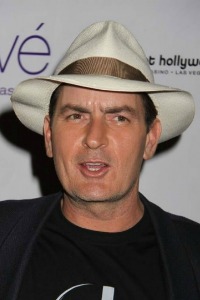 Watch out world, he’s back and winning again!

Charlie Sheen, the man who lent himself to millions of jokes about his lifestyle, choices, and mistakes throughout the years, is allowing himself to be roasted by the genius’ over at Comedy Central, in a special to air on September 19.

Family Guy creator Seth MacFarlane will lead the joyous event that is sure to be full of jokes about hotel room hookers, drug binges and arrests to name a few. Among others on board for the event being taped on September 10 will be Mike Tyson, Jackass star Steve-O and TMZ‘s Harvey Levin.

MacFarlane will serve as a roast master for the event. It will be the third time he has done this for the channel, having already assumed hosting duties for the roasts of Donald Trump and David Hasselhoff.

Said MacFarlane, “I’m very excited to work with Comedy Central again on the roast. Charlie is a true icon with a talent that is strong and pure and concentrated into crystals which can be smoked or eaten.”

Kent Alterman, Comedy Central head of original programming and production stated, “In addition to his sharp wit, Seth is way more suave and sophisticated than we are.”

While other actors fear the rapier wit and stinging comments comedians bring to a roast, Sheen is happy to be participating. After all, he said, “It’s not like you can take any of it personally. I’m actually looking forward to seeing how creative they can get.”

He continued, “It’s not going to be like, ‘They insulted me!’ Get over your cheap self. It’s a celebration of who I am, as a media figure, an industry figure, stuff like that. So that’s the veneer that keeps it from being personal.”

Ironically, the Comedy Central Roast of Charlie Sheen airs at 10 p.m. on September 19, the same evening that his former television home, Two and a Half Men, premieres with new star Ashton Kutcher.