Jaime King plays Lemon in the new CW show Hart of Dixie. Find out what she had to say about her southern belle character in an exclusive CW interview.

Jaime King takes being a southern belle to a whole new level. 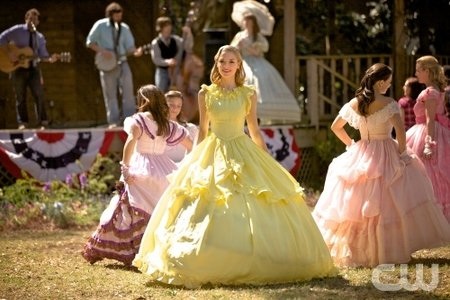 As the CW gets set for their fall premieres, which includes The Vampire Diaries, The Secret Circle, Ringer and staple Gossip Girl, a new show, Hart of Dixie, has just the right amount of heart and clever characters to make it a must watch show.

Hart of Dixie doesn’t feature supernatural forces, but it does have potential.

Hart of Dixie stars Rachel Bilson as Zoe, a New York medical graduate who goes to work in a small Alabama town. If you’re excited for this new show, you have to check out the CW’s new exclusive interview featuring Jaime King.

You don’t want to miss the Hart of Dixie, which premieres on Monday, Sept. 26.

Do you think Lemon and Zoe will become fast friends in Hart of Dixie? You’ll just have to watch to find out!

What is your most anticipated CW fall show?

For more CW news read on