Kreayshawn nude photos have been posted on the web, but the rapper says she was underage in the pics and the hackers are distributing child pornography.

Nude pics of Gucci, Gucci rapper Kreayshawn have surfaced on her Twitter account — but the 21-year-old says that not only was her account hacked, but the photos were taken when she was underaged, making the hackers disseminators of child pornography. 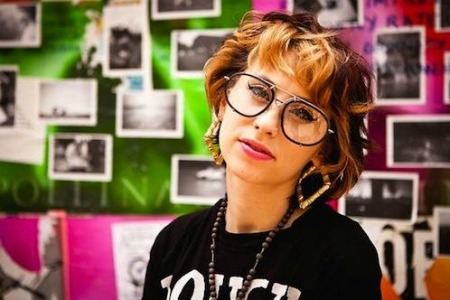 While Kreayshawn was busy reporting from the red carpet at the MTV VMAs, someone was busy hacking into her Twitter account and posting the images. She took to her blog to explain the sitch.

“My twitter got hacked today by some anti-hollywood extremists,” she, of the MTV VMAs worst dressed, wrote.

“They sent out wack ass tweets and promoted their odd message of anti-jew stuff and deleted my twitter.. Oh and they leaked out private photos of me while I was underage.”

“Real nice guys! Spreading child-porno thats cute. VMA’s was insane on top of that. Can I [expletive] man? I ain’t even mad.”

If you don’t know who Kreayshawn is, picture Ke$ha but smaller without her tongue sticking out.