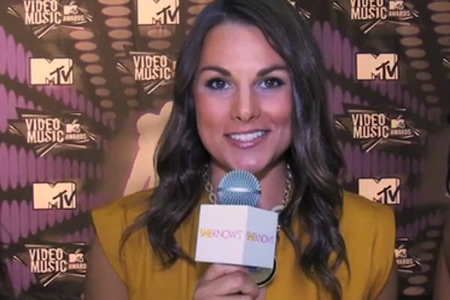 Set to have a Britney Spears tribute and epic performances by Lady Gaga, Adele and Beyonce, the VMAs made big promises for an action-packed show. The show opened with a performance by Gaga in drag and kept the momentum going with a big, or shall we say little, Beyonce announcement — the pop star is pregnant!

She didn’t rely on the baby news, though. Beyonce delivered a show-stopping performance and showcased the vocal power that made her famous. Not long before, there seemed to be some chemisty between Lady Gaga’s alter ego, Joe, and Britney Spears as she accepted the Michael Jackson Vangaurd Award. However, Britney kept it PG and turned down Gaga’s advances. Er, Joe’s. Check out Britney’s best VMA moments.

Selena Gomez pulled off a successful pre-show event, awkwardly asking boyfriend Bieber about his “Johnson.” While the couple were busy talking about his Bieber’s pet “snake,” Whitney was discovering Snooki’s not-so-secret tip for staying thin and trying to get celebs to dish on what in the world Gaga was up to for the opening performance.

Then, there was Russell Brand’s words on Amy Winehouse in which he recalled their first meeting in London. “She just seemed like an ordinary girl with extraordinary hair,” he says. Then he gets serious. “When I first heard Amy Winehouse sing, I thought, this is not just another London chancer — not just another person milling about waiting to be famous.” Then audiences were lulled as Tony Bennett played a video in her memory.

Though Amy is no longer with us, MTV proved she will be remembered and that many Winehouse-inspired artists will take the stage and continue to move people with their music in the coming years. On that note, Adele sang her heart out.