Petra Ecclestone’s wedding cost $5 million. Read on for details on the dress and wedding entertainment details. 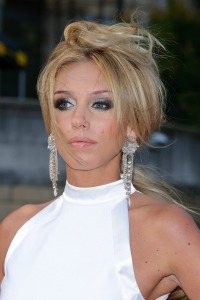 Who could possibly outdo Kim Kardashian’s lavish wedding? We’ll give you a hint: she just bought Candy Spelling’s mansion for $85 million.

Petra Ecclestone got married to businessman James Stunt in high style Saturday, in the same Italian castle where Tom Cruise married Katie Holmes. The daughter of Formula One boss Bernie Ecclestone dropped some mad cash on her nuptials, including wine that cost $6500 a bottle!

“The wine and champagne list was really out of the ordinary – even for our standards,” a catering source told People. “Exclusive French wines were flown especially in.”

22-year-old Ecclestone’s gown was a custom Vera Wang creation coming in at a cool $130,000, and guests rocked out to Andrea Bocelli, Eric Clapton and the Black Eyed Peas at the reception, which also featured fireworks and an acrobatics show.

About those guests, the invitation was sent out to 350 of the family’s closest, nearest and dearest, including Paris Hilton and her sister Nicky, and the Princesses Beatrice and Eugenie along with their mum Sarah Ferguson, Duchess of York.

Cheers to the happy couple!