Lady Gaga opened the 2011 MTV VMAs with a little gender-bending.

Lady Gaga was scheduled to be the opener for the 2011 MTV VMAs. Instead, her jilted ex-lover took the stage to rant about his ex. 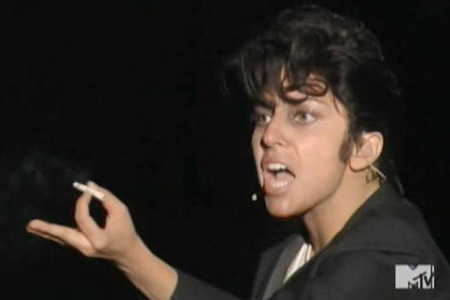 “I think it’s great that she’s a star… a big, beautiful star in the sky,” he yelled to the screaming audience. “But how I am supposed to shine?”

How does Lady Gaga respond? 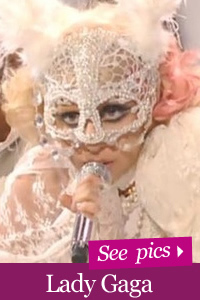 Ok, it wasn’t really a dude – as expected, Lady Gaga reprised her male alter-ego, Jo Calderone, to perform her single You and I.

The best part? Britney Spears‘ utterly confused reaction when the camera panned to her. It was classic.

Gaga’s rock-infused version of You and I was capped off with an appearance by Queen guitarist Brian May, who played on the track. Oh, the greasy back-up dancers were pretty hilarious too.

Yeah, it’s another Gaga schtick — but we like it more than her Grammy egg or meat dress.

What do you think of Lady Gaga’s VMA performance of You and I: Over-the-top or awesome?