Solange Knowles is extremely upset following an incident with the Miami police department. 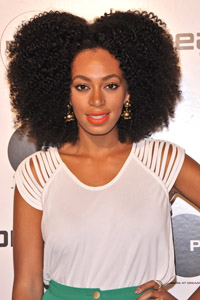 Solange Knowles had a less-than-ideal Saturday night, thanks to the Miami police department.

“A police officer just pulled a weapon on me…. I have done NOTHING illegal, against the law, or anything of the sort,” she tweeted early Sunday morning.

Whoa. Scary… we’d probably lose more than just our minds if an officer pulled a gun on us. The DJ went on to talk about the abuse of power that police officers show.

“I am simply tired of police using arrogance, ego and authority as an offense,” she wrote. “I’m only tweeting this to raise awareness. I could have left quietly, but I am sick & tired of this scenario being played over & over again.”

“It is time to do something about it. I am a mother raising a young black child in America. I’m going to die trying!” she added.

No word from Knowles on what started the situation. She wasn’t arrested, so we have to guess it was a case of mistaken identity.

“I’m ok. I’m safe & sound at my apartment. I’m just beyond frustrated with the system,” she added. Beyonce’s sister also reported that she was filing a complaint with the Miami police department.

This isn’t the first time a star has had a run in with the Miami PD. Mexican singer Paulina Rubio had an altercation with the police a few months back, and Adam Lambert was cited by officers after an incident with a photographer.

Do you think police abuse their power?