With the fall premieres upon us, ABC has two new dramas we’re keeping our excited eyes on — Revenge and Pan Am.

Revenge will be had on ABC this fall! Keep reading to find out more about the two new shows on our radar from ABC. 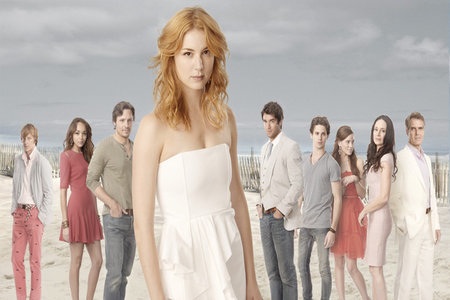 It’s that time of year when the new fall show chatter begins, and two ABC dramas worth checking out are Revenge and Pan Am.

Revenge, premiering Wednesday, Sept. 21, features Emily Van Camp (Brothers & Sisters) as Emily Thorne, a woman who returns to the Hamptons with one thing on her mind — revenge.

Check out a video clip of the new show that chronicles a girl’s obsession with righting the wrongs of her past….

https://youtube.com/watch?v=A8XBXjGuHp4
Get ready to take flight this fall with Pan Am. There was a time when luxury travel was all the rage and being a stewardess made you just as recognizable as a pilot. Taking a page from the Mad Men book, but giving it its own twist, the early 60’s era of Pan Am will give us sexy from 30,000 feet in the air.

Join Christina Ricci as Pan Am takes flight Sunday, Sept. 25. For now, check out a preview and tell us what you think of the new drama’s potential…

https://youtube.com/watch?v=l4DHbcem_uc
Which of these shows are you interested in checking out this fall — Revenge or Pan Am?