MTV claims they “are experimenting” with the option of having no one host the 2011 Video Music Awards on Sunday. But last year’s host Chelsea Handler begs to differ. Check out our video interview below. 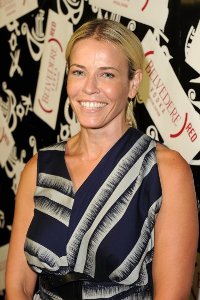 “They tried desperately to get a host, several,” said Handler Friday night at the Belvedere Vodka Product RED launch in Hollywood. “It just didn’t work out the way they wanted.”

Handler knows this firsthand because she’s one of the people they approached!

“They asked me to do something and I was going to, but then there’s a rehearsal,” Handler told SheKnows. “It’s just so annoying to have to show up on a Sunday to work. I finally have Sunday’s off, so I want to take advantage of it.”

The Chelsea Lately star says despite the amazing ratings she helped MTV earn last year, hosting has its pitfalls.

“I just thought, ‘I don’t really have the energy,'” said Handler. “It’s probably better. Any host who hosts, you get ripped apart for it. So I’m sure a lot of people aren’t attracted to doing it.”

This isn’t the first year the VMAs have had no host. The show went on in both 2007 and 2004 without a ringleader.

And with Lady Gaga opening, Chris Brown making a comeback, and a Britney Spears’ tribute to boot, we’re guessing the show will still be a success.