Being asked to take on hosting duties at a show such as the VMA’s is much like operating a runaway train — you never know just what’s going to happen. But for those who have done it one thing’s for sure: It is always an experience to remember. 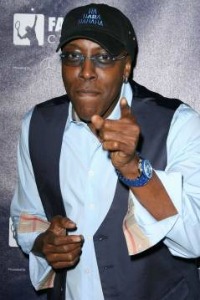 Since the first MTV Video Music Awards awards show in 1984, there has been one ecclectic host after another. Each one brought a different twist to a show that can be running out of bounds most of the time, and hosts become part circus tamer, part entertainer.

VMA Bloopers that made us cringe right here>>

The repeat VMA host offenders have been comedians who know how to turn a quick quip when needed and can diffuse a situation that can at times be difficult to contain. With so many big personalities in the room, any MTV gathering is sure to ruffle a few feathers. Some hosts try too hard to be funny, some are so painfully out of place that they (and we) couldn’t wait for the night to be over. But you have to give it up for any person who tries their hand at one of the hardest jobs in the business. Here is a list of brave souls who have taken on hosting duties and rocked them!

Before we go on with the list, a special honor goes to the man brave enough to bring out the best, the irreverant and the fun in the show. A man who hosted it four times, from 1988-1991, Aresnio Hall. The comedian, who hosted his own show in the late 80s and early 90s, was a perfect choice for the show and killed it every time. Memorable Arsenio moments include manning backstage fistfights between rockers Bret Michaels and C.C.DeVille in 1991 and Vince Neil and Izzy Stradlin in 1989. In 1991, MTV presented him with his own moon man for being the best host ever for four years straight. Bring him and the dog pound back again! 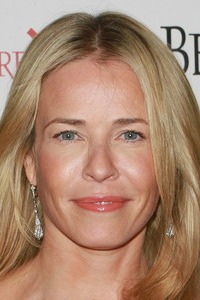 No one knew what to expect when Chelsea Handler took hold of the 2010 show. The first female host since 1994 (when Roseanne Barr took the reins),  the comedienne fell flat when ad-libbing her material. A natural at being sarcastic and fun, Chelsea didn’t bat an eyelash when she told of her attraction to Justin Bieber and felt no pain tearing apart the cast of Jersey Shore, both highlights of the show. For sheer guts alone, Chelsea makes the team.

For two years in a row, Russell Brand took the helm of a show that seemed to be on the verge of breaking down at any minute. From Kanye West’s rant to showstopping numbers from Lady Gaga and Taylor Swift, it was Brand who kept chaos to a minimum with his wit. Plus, he scored big! Nope, no moonman for the sometimes unintelligable Brit, but he brought home a life-size Katy Perry doll that he later made his wife!

It took the comedic genius of Jack Black to get viewers through a somewhat dull show that year. No excitement, no infighting. Boo hiss! But Black stepped up to the plate (his plan was to “bring the thunder” to the show) and kept viewers laughing (and the audience too) until the credits rolled. 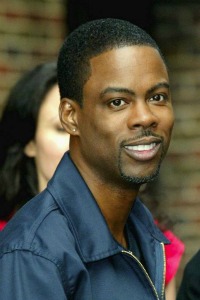 He is one of the most influential comedians of all time, so it was no surprise when Chris Rock took over the reins of the show with a rapier wit that spared no one. Classic from ’99’s opening monologue, “Jennifer Lopez is here, she came with two limos, one for her and one for her ass. I see Jennifer on television thanking her mama, her daddy, her acting coach. Thank your ass girl before the ass goes solo. The ass is the star of the show girl! Jennifer just the Commodores, the ass is Lionel Richie!”

Sorry to say, but Dennis Miller was way too smart for the MTV crowd. A lot of his jokes went over the heads of the attendees, but what he did best then, and now, is to use his smartass ways to make a point. The problem with understanding someone as smart as Dennis Miller is that you don’t know that you’ve been insulted until ten minutes after the joke was over. Brilliant! A comedian that makes you think!