As the 2011 VMA nominee with the most nominations this year, we’re taking time to see how Katy Perry came to be. It wasn’t always easy and she took a few stumbles along the way. 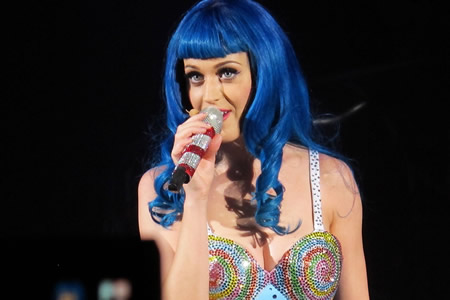 Aside from loving the beat of Katy’s drum, she has also brought a new dimension to the red carpet. Whether it be body suits, crazy bodices or neon hues, she’s leaving some serious tracks in Hollywood and many are picking up on the scent.

Fans first fell for her in the controversial tune about kissing a girl, and ever since Katy Perry has been wowing us with catchy melodies that make us wanna get up and dance. Maybe dance on table tops and take too many shots? Thank goodness for her teenage rebellion turned teenage dream and popstar success.

Bright as can be, Katy P. came from a strict religious upbringing, a mold she eventually broke free from as she followed the yellow brick road to stardom. Though she’s had the common pitfalls of a starlet, Hollywood has proved to be a perfect fit for Katy Perry.

See Katy on the flipside of fame and how she survived the rise and fall (literally) of making it to the stage.

Tune in to MTV on Aug 28th to see how many moonmen Katy collects and what candy girl outfit she’ll strut the carpet in. Get more 2011 VMA coverage here>

A portrait of a Lady: Gaga’s rise to fame

Nicki Minaj lands on the moon