Montel Williams has a bone to pick with Tareq and Michaele Salahi. The party crashing Real Housewives of Washington D.C. couple chose the wrong television host to mess with, and may now be facing legal ramifications! 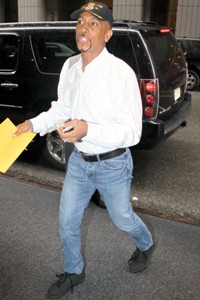 The issue at hand between Montel Williams and the Salahi’s is an invite sent out for a charitable event happening next month to celebrate the reopening of Tareq and Michaele’s Oasis Winery in Virginia. Listed as a celebrity guest is Montel Williams.

Bad? Sure. But even worse in the 55-year-old’s eyes is the implication that his MS charity foundation is involved.

See the invite in question below!

A rep for Montel Williams has released the following statement:

“It has come to our attention that a group claiming to be associated with Tareq and Michaele Salahi have announced that Mr. Williams will be attending an event at their Oasis Winery in Virginia and that Montel Williams’ MS Foundation is also a supporter – neither is true. The use of Mr. Williams’ name without his permission is unacceptable, and Mr. Williams’ attorneys intend to pursue all available legal remedies in this matter.

Even worse, it appears that the Salahi’s, whose bizzare [sic] behavior has been widely reported, are attempting to piggy-back off of Montel’s record of advocacy on behalf of MS sufferers worldwide to advance the apparent re-opening of their failed winery. That is inexcusable exploitation of those afflicted with a terrible disease. 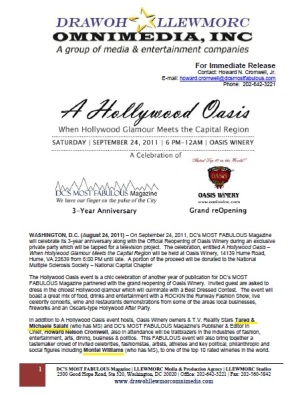 For their part, the Salahi’s plead ignorance, claiming they had no knowledge Montel’s name was on the invite.

Does Tareq and Michaele Salahi’s use of Montel Williams’ name deserve punishment?