CBS’s fall season is among us and the network gave SheKnows a sneak peek of one of their new dramas, A Gifted Man.

If you’re into learning lessons from the dead — or just being entertained with a well-constructed plot — A Gifted Man could be your new drama. 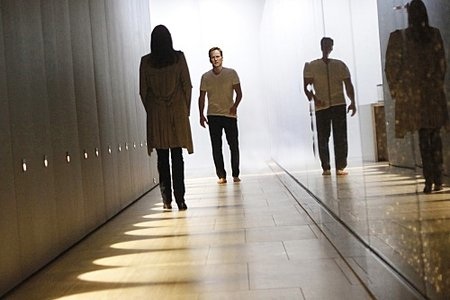 Amidst the glitz and glamour of high-profile fall premieres, a.k.a. Ashton Kutcher and his debut on Two and a Half Men, A Gifted Man relies on the age-old tale of the “work-obsessed” man who is breezing through life. But CBS throws in a nice twist with the addition of his deceased ex-wife’s need to turn his life around from the “hereafter.”

Michael Holt (Patrick Wilson) is your typical cocky surgeon whose success with rich and influential clients has led him to a life of materialistic needs and a not-so great bedside manner. What’s not typical about him is the appearance of his ex-wife, and love of his life, Anna (Jennifer Ehle).

Michael’s life gets turned upside down when Anna, a deceased free clinic doctor he left behind for success, appears in need of his help — at least that’s what is believed, at first.

When his colorful sister Christina (Julie Benz), who also happens to be a single mom, learns of Michael’s visions of Anna, she’s all for it, knowing his ex was the only one who ever brought out the good him.

Anna has a purpose in the pilot, and without giving too much away, she sends Michael to her old clinic to help her team get into her files. While there, he meets a young patient who puts a wrench into his system.

As Michael deals with a handful of high-profile patients that present problems once he’s treated them and the emotional distress of seeing Anna, Michael begins to show a human side.

He starts to see he has the power to help everyone from the rich and powerful, to the poor and needy, including the young boy, and we slowly start to see his world change.

What’s fresh about A Gifted Man is the way Anna is presented. She doesn’t have the ghostly presence normally seen in a situation like this, nor does she present herself as a hallucination. At least to us — she seems pretty real.

Anyone on the fence must watch the pilot until the end to see how the writers dealt with Michael’s confusion over seeing Anna. Whether or not she stays in his life is something you have to tune into see.

The one question we will have to wait a few episodes to have answered, is what role his patients will play.

With a medical show like Grey’s Anatomy, the patients are used as a catalyst to move the emotions of the story, but we’re not sure if the patients will always play the same role in A Gifted Man or how big their roles will be episode-to-episode.

Based on the pilot, we’re willing to give it a few more episodes before we put it on our official rotation.

Why, you ask? Simply because a cast of actors like Patrick Wilson and Julie Benz have the potential to tell a great story with heart and depth.

Check out a preview now…

For more fall TV reviews click here and don’t forget to check out a preview of A Gifted Man, then tune in on Sept. 23 to catch the premiere!