Kris Jenner will host The Talk and Today later this year. 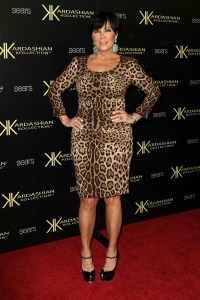 Can’t get enough of the Kardashians? That’s good, because momager Kris Jenner just landed herself two plum gigs that will bring her to your TV screen even more often than she already is.

Kris Jenner scored a guest host spot on The Talk starting in Sept., and while it’s currently only slated to be a two week run it could certainly morph into a permanent position.

Not only that, but Jenner will be sitting in on The Today Show later this year – but as a host, not a guest.

The Kardashian matriarch announced the news on her blog.

“Hi dolls!!! I’m so excited to tell you that I have been invited by the producers of The Talk to guest co-host for two weeks in September! I can’t wait to join the ladies and I know this will be such a fun experience. I’ll also be guest co-hosting on The Today Show later this year! Stay tuned for all the info on that! Love you dolls!!!”

Kim Kardashian interrupted her honeymoon with Kris Humphries to tweet her thoughts on her mom’s new gig.

read on for more on the kardashians

Kim Kardashian gets wedding advice from the fam