Jaime Pressly will avoid jail time in her DUI case after she copped a plea in court. 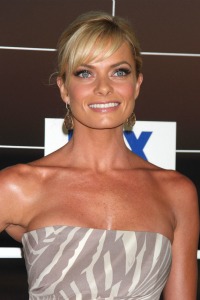 One actress is breathing a sigh of relief tonight after her day in court went very, very well.

Jaime Pressly dodged jail time in her DUI case when she struck a deal with prosecutors. In exchange for pleading no contest to a misdemeanor DUI charge, she gets to serve probation instead of hard time.

The My Name is Earl star will be on probation for three years and must complete a six-month alcohol program, as well as pay a $390 fine.

Prosecutors dropped another count of driving under the influence after there was a discrepancy between the blood alcohol test performed by the police and one run by an independent criminalist at the request of her defense team.

Jaime Pressly was arrested for DUI in January and filed for divorce shortly after. If convicted, she faced six months in the slammer.