Twilight actress Dakota Fanning has reportedly enrolled at New York University…on the sly. Find out how NYU students outed her! 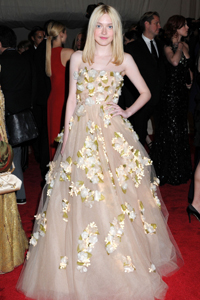 Dakota Fanning was spotted touring the campus of NYU last spring – and now the I Am Sam actress is a freshman at the university. Fanning has never publicly acknowledged the fact that she was studying at NYU — but some fellow classmates outed the star, thanks to her @nyu.edu email account which shows she is enrolled.

“We were messing around in the new NYU Gmail system (because why not) and saw that her name and Net ID are in the auto complete directory,” the NYU Local reported.

Fanning is using her complete name, Hannah Dakota Fanning, for her email address.

They go on to explain that their email addresses are fully public to NYU students – and they go on to say you can gchat with Spike Lee if you are so inclined!

Fanning, 17, will join quite an elite class of 2015 at NYU, including Suite Life stars Dylan and Cole Sprouse. Harry Potter’s Emma Watson had reportedly toured the school after reportedly leaving Brown because of bullies, but decided to go to Oxford for a year.

Other notable celebs that have attended NYU include James Franco, Mary-Kate Olsen (didn’t graduate, though) and Alec Baldwin received an honorary doctorate degree in 2010.

In addition to her studies, the busy actress wrapped up filming The Twilight Saga: Breaking Dawn (parts 1 and 2) and is currently filming Now Is Good, about a girl with leukemia who wants to lose her virginity before she dies.