Indie darling Ellen Page was outed as bisexual earlier this month. The article, Ellen Page – The Hypocrite, is still stirring up controversy over the etiquette of outing. Have things changed? Get the story and weigh in below.

Christoph Topitschnig has stirred up the LGBT community by outing Ellen Page, and he’s not apologizing. In fact, he believes he’s taking a stand and that Page deserved to be outed. 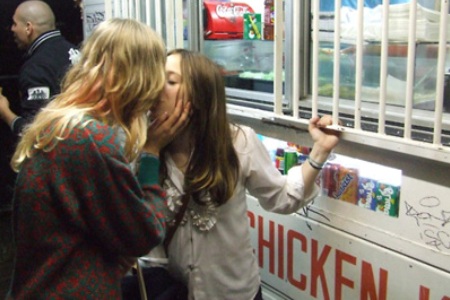 “I gave Ellen Page a decent chance to come out with the truth,” Topitschnig posted on V-Generations. “Two months ago, I mentioned her in my LGBT article and made it pretty clear what she had to do. (Yes, she knows about this site.)

“I wrote: ‘In times like these when young gay people commit suicide out of fear of rejection, role models are needed. The gravity of the situation doesn’t ask for passive hiding but active fighting. What will Ellen Page’s choice be?'”

The story, which has gotten him banned from one site already, is basically a diatribe against Page and other LBGT Hollywood liberals who stay in the closet, while raking in the industry bucks, instead of speaking out and taking a proper stand for their community.

It also references Pages’s alleged romances with both guys and gals, including Drew Barrymore, Clea Du Vall, Ben Foster, Mark Rendall, Slim Twig. Page has been snapped with both ladies, and even shared a kiss with Barrymore for a sexy Marie Claire shoot while they were promoting Whip It. 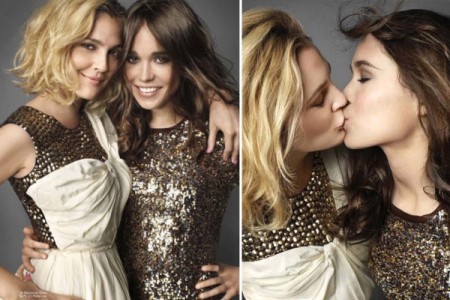 Now, some are suggesting you can tell the above pic from 2006 is definitely a real kiss. After all, they closed their eyes, they look into it and someone says Page likes women.

This, of course, is one of the hazards of outing and celeb gossip in general. Once someone is outed for anything, it’s often taken as gospel, no matter how (un)reliable the source. Just look at the ongoing Will and Jada Pinkett-Smitth drama.

In terms of outing in the gay community, however, Rachel Maddow spoke to the issue on her blog back in April, when folks thought she was outing Anderson Cooper. She wrote:

“I’ve long held three basic beliefs about the ethics of coming out:

Gay people — generally speaking — have a responsibility to our own community and to future generations of gay people to come out, if and when we feel that we can.

We should all get to decide for ourselves the “if and when we feel that we can” part of that.

Closeted people should reasonably expect to be outed by other gay people if (and only if) they prey on the gay community in public, but are secretly gay themselves.

I also believe that coming out makes for a happier life, but that’s not a matter of ethics, that’s just corny advice.”

Weigh in and let SheKnows where you come down in the outing debate.