Actor Michael Showers was discovered dead in the Mississippi River. Read on for more… 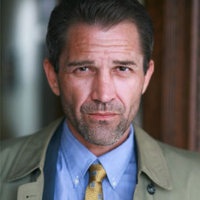 Actor Michael Showers, who is known for his work on the HBO series Treme, has been found dead in the Mississippi River.

New Orleans newspaper, Times-Picayune, is reporting that authorities said the captain of a steamboat saw Showers’ body in the water by the French Quarter at around 11:15 a.m.

It was identified as Michael Showers after the body was recovered.

Chief investigator of the Orleans Parish coroner’s office is said to have told the newspaper that Showers’ body was likely to have been there for two days. An autopsy will determine more.

Treme creator David Simon released a statement on behalf of the show: “Michael Showers was a fine actor who contributed his talents to our drama in the warmest and most professional way. We enjoyed his work — and working with him. Going forward, we’re going to miss having him as part of our production. All of which seems of little import in light of the loss of a man’s whole life, and what that loss truly means to him, his family, his friends. Our respect and condolences go to them, especially.”

Michael Showers lived in the Chalmette area and aside from Treme, he appeared on Breaking Bad and The Vampire Diaries. His movie credits include Traffic and The Tree of Life.

Our thoughts go out to those closest to Michael Showers.

We will keep you posted on this story as more news becomes available.