Make no bones about it, Ben Savage is heading to Fox for a guest stint on Bones. 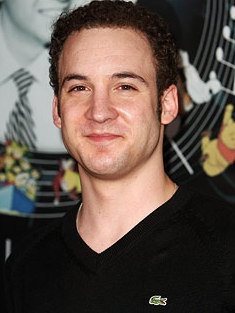 Remember the days when stars would release new roles via publicists? Yeah, that’s now what Twitter is used for. Just ask Ben Savage.

Who could ever forget Cory Matthews of Boy Meets World? We can’t and that’s why we’re excited to see Ben Savage check into Fox’s hit drama Bones.

The former Boy Meets World actor tweeted the news on Wednesday (Aug. 24). “First day on the set of ‘Bones’. Great show and a very talented cast!” he wrote .

Executive producer Stephen Nathan dished some dirt on Ben Savage’s shipping store clerk-turned-murder suspect character, and he sounds nothing like the character we know and love from way back when.

“[He’s a] murder suspect who is married to another suspect who has bought a lottery ticket with another two suspects,” he explained to TVLine.

Lottery, murder and suspects — sounds twisted for the 30-year-old star! Very complicated if you ask me.

What do you think of Ben Savage hitting up Bones with David Boreanaz (Booth) and Emily Deschanel (Bones)?

This opens up a question we’d like to ask…

What was your favorite Boy Meets World episode? Sound off!