Soap star Billy Miller is jumping to the CW to guest star on the Ringer. 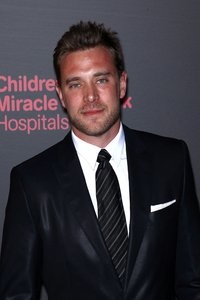 The CW went soapy to cast its latest name for the Sarah Michelle Gellar-driven drama, Ringer.

Young and the Restless fans of Billy Miller are in for a CW treat. The popular soap actor is going to be appearing on the new Sarah Michelle Gellar drama, Ringer.

TVGuide first reported the news that Billy Miller would first appear on Ringer beginning on the fifth episode.

For those of you not in the know about the return of Sarah Michelle Gellar, Ringer features Gellar as twin sisters.

One of the twins, Bridget, is on the run from unsavory characters and takes on the identity of her sister who supposedly commits suicide.

Billy Miller will take on the role of Charlie, a man/sponsor Bridget meets in a Narcotics Anonymous group and turns to in order to deal with relapsing.

Ringer premieres on Tuesday, Sept. 13 on the CW.

Are you going to be tuning in for the return of SMG?