Debbie Allen is dancing her way to ABC in a guest starring role on Grey’s Anatomy. 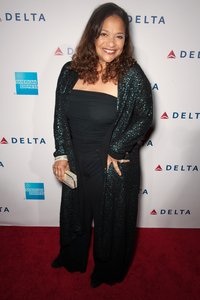 Debbie Allen is heading to ABC’s medical drama,Grey’s Anatomy, and her character could give us more insight into a certain doctor.

This isn’t the first time Debbie Allen has graced the set of Grey’s Anatomy. She directed three episodes in the past. This time, however, she’ll be checking in as Jackson’s mom, Catherine Avery.

Debbie Allen will hit Seattle Grace for the fifth episode of the new season and according to Entertainment Weekly, she’ll give fans a peek into the background of Jackson.

Of course, everyone knows Allen from Fame, but she’s also an accomplished director. Besides Grey’s Anatomy, she’s been behind the camera for the shows Everybody Hates Chris and That’s So Raven.

If you can believe this, the eighth season of Grey’s Anatomy premieres Thursday, Sept. 22 on ABC. It seems like just yesterday we were watching Katherine Heigl sob on the floor in a prom dress.

Who could forget T.R. Knight’s portrayal of dorky George or how far the character grew up until his tragic death.

Oh, how the seasons fly. Debbie Allen will make a great guest-star.

What’s your favorite Grey’s Anatomy moment through the years? Tell us, we want to know.