Prince Charles and Camilla, Duchess of Cornwall, have adopted a dog from a local animal shelter.

There’s a new member of the British royal family today! No, Prince William and Kate Middleton are not preggers, as far as we know — but Prince Charles and Camilla, Duchess of Cornwall, have adopted a new little one. 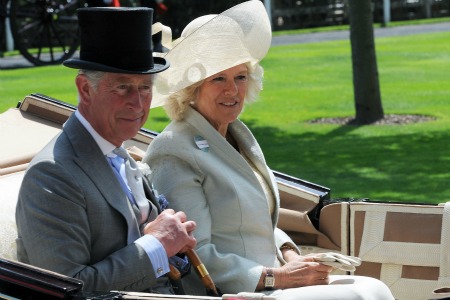 It’s not a new heir in the line of succession to the throne — it’s a sweet little shelter dog!

The couple took in a Jack Russell named Beth from the Battersea Dogs and Cats Home in London where Camilla opened a new cattery last fall. During her visit she mentioned she would love a new pup to fill the hole in her heart since her beloved Freddy — another Jack Russell — died.

When a 12-week-old puppy was dropped at the shelter, staffers immediately got in touch with the royals.

“I just couldn’t resist her, she is gorgeous,” Camilla Parker-Bowles told Britain’s Daily Mail. “It is so exciting. I can’t wait for her to meet the family.”

“Beth is a charming, confident little puppy and we know she will be very happy in her new home,” Battersea’s Chief Executive Claire Horton said in a statement on the group’s website.

The luckiest dog in the world will spend the summer at Prince Charles‘ lodge at Balmoral, the Queen’s Scotland estate, then move into the Prince’s London home, Clarence House.