Will Smith and Jada Pinkett Smith are on the verge of splitting despite their denials of divorce rumors, according to new reports. 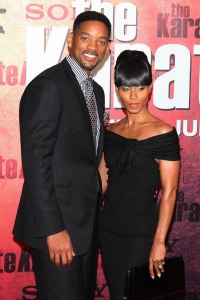 The Will and Jada separation talk might not be true yet, but sources close to the couple say that the couple is definitely on the verge of disaster.

Sources connected to the couple say there has been trouble in paradise ever since Jada Pinkett Smith started spending a little too much time with Marc Anthony. A rep for the Smiths adamantly denied that Jada is cheating with Marc.

Will Smith and Jada Pinkett Smith have been friends with Jennifer Lopez and Marc Anthony for years, but JLo’s soon-to-be ex started spending a lot more time with Jada when he appeared in a recurring role on HawthoRNe.

A source told In Touch that Jada moved out of the couple’s Malibu home into another in the LA area, telling Will she needed “space.” Fearing the worst, the mag claims Will snuck off a movie set for a surprise visit — and found Jada with Marc.

Yesterday Will and Jada denied the separation rumors, saying their marriage is “intact.”

“Although we are reluctant to respond to these types of press reports, the rumors circulating about our relationship are completely false,” they said. “We are still together, and our marriage is intact.”

Will and Jada are one of our favorite Hollywood couples, so we hope that they can power through whatever’s going on and truly keep their marriage and family “intact.”