First Lady Gaga, now Beyonce! This is shaping up to be one kick-ass 2011 MTV Video Music Awards!

After a two-year VMA stage hiatus, Beyonce is back! 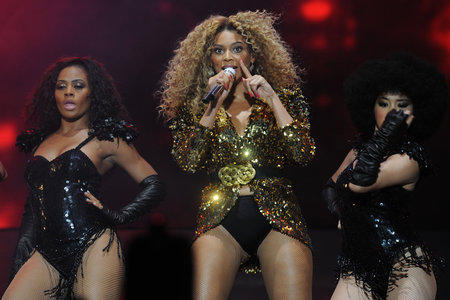 Beyonce hasn’t hit the MTV Video Music Awards stage in two long years, so we know her performance will no doubt be epic this year!

Beyonce is up for three nominations this year (Best Female Video, Best Choreography and Best Cinematography) and MTV couldn’t be happier to have her back on the stage.

Executive producer of the 2011 VMAs, Amy Doyle, said, “We are thrilled to have Beyonce return to her rightful musical home at the 2011 MTV Video Music Awards. Her performances at the VMAs are legendary — leaving everyone breathless and talking for days. We can’t wait to see her set the stage on fire once again!”

Neither can we, Amy!

Jessie J will will be on hand to rock as the “house artist” for the evening.

The 2011 MTV Video Music Awards will air on Sunday, Aug. 28. You don’t want to miss the pre-show hosted by Selena Gomez or the opening number by Lady Gaga!

Bruno Mars to perform at VMAs