Oscar-winner Ben Affleck is in talks to direct and star in a thriller called Line of Sight, an action movie to be produced by Joel Silver and Andrew Rona. Affleck recently directed the critically acclaimed Gone Baby Gone and The Town. 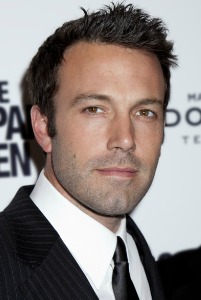 Production has yet to begin on the Ben Affleck-directed Argo, where he will also play the lead character of Tony Mendez. But the hot actor/writer/director already has his hands in the production pot as the upcoming director and star of the just-announced Line of Sight.

In Line of Sight, the plot centers on an elite commando squad that transports cargo while dealing with a global threat. Although the plot seems pretty cut and dry, it has a twist. The movie is told from the perspective of the protagonist, kind of like playing an army video game where you are the shooter looking through the sight of a gun.

The script was helped along by Peter O’Brien, the genius behind the wildly popular Halo:Reach for Xbox 360.

Since his directorial debut with 2007’s Gone Baby Gone, Affleck has seemlessly transitioned from helming one project to the next. His follow-up directing project, The Town, grossed $154M and earned an Oscar nomination for actor Jeremy Renner.

Ben has become the g0-to guy for making movies that are successful on a tight budget and with time constraits, while still allowing his actors to shine. He has a handful of potential projects that he is considering once Line of Sight has wrapped. According to IMDB.com, he has considered the projects American Bullshit, Yankee wife-swapping story The Trade and the American remake of Tell No One.

As of late, Affleck has been busy with wife Jennifer Garner, raising daughters Violet and Seraphina and making baby number three, which was just announced today. He also has toyed with the idea of running for political office in the future, as evidenced by his long-standing friendship with the scandalized Anthony Weiner.