Will Smith and Jada Pinkett Smith have issued a statement saying the divorce rumors are not true. 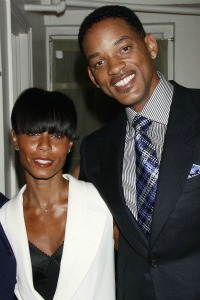 A Hollywood marriage is not on the brink! Will Smith and Jada Pinkett Smith are not getting divorced the couple said in a statement to SheKnows.

“Although we are reluctant to respond to these types of press reports, the rumors circulating about our relationship are completely false. We are still together, and our marriage is intact,” Will and Jada said.

Rumors of the split surfaced today when In Touch ran a story that Will and Jada had secretly separated and were heading for divorce. What fed the rumors was the photograph of Will without his wedding ring yesterday in Miami.

Will’s son Trey denied the split on Twitter, saying in no uncertain terms that the pair are not divorcing.

Will Smith and Jada Pinkett Smith have been married for 13 years. In addition to Will’s son Trey, they have two other highly successful Hollywood kids, singer Willow Smith and actor Jaden Smith.