Liam Gallagher is suing brother Noel Gallagher for calling him a drunk.

There’s still no love lost between Oasis brothers Liam Gallagher and Noel Gallagher but why are the siblings fighting now? 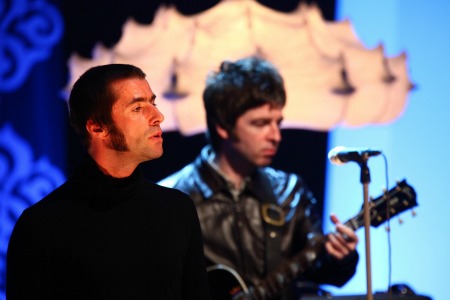 Noel told the press that Oasis pulled out of a 2009 music festival because Liam was “too hungover to perform” — and Liam is so mad about what he calls a lie that he’s suing his own brother.

“I have taken legal action against Noel Gallagher for statements he made claiming Oasis pulled out of the 2009 V festival Chelmsford gig because I had a hangover,” Liam told The Sun UK, claiming he had a note from his doctor proving he actually had laryngitis, not a hangover.

“I tried to resolve this amicably but have been left with no choice but legal action,” Liam said. “All I want is an apology.”

Surprisingly, he got one.

Noel Gallagher, who just released a solo album, responded to the lawsuit in a webcast with pal Matt Morgan yesterday saying, “Yes, Liam is supposedly suing me.”

“It’s all getting very silly and a bit out of hand and it’s not very cool.”

Watch the video of Noel Gallagher’s apology to Liam Gallagher:

It’s a pretty long webcast — if you just want to see the apology skip ahead to 19:45.

Noel and Liam Gallagher have long had a contentious relationship, which caused the breakup of Oasis. It’s so bad, in fact, that Liam was not invited when Noel Gallagher married Sara MacDonald.