Guess whose 18th birthday party just so happens to be on the season three premiere of The Vampire Diaries? If you guessed Elena Gilbert, you are correct. Check out the exclusive shots of the big episode courtesy of the CW.

A birthday in Mystic Falls is unlike any birthday — just ask The Vampire Diaries‘, Elena Gilbert (Nina Dobrev). 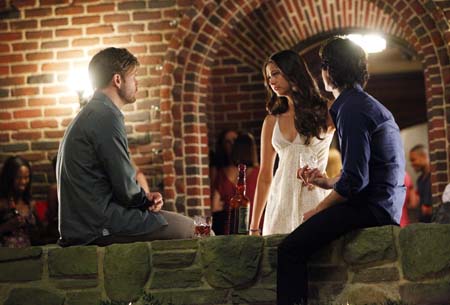 When The Vampire Diaries returns for its highly anticipated third season, fans will be delighted with Elena Gilbert’s 18th birthday party — Mystic Falls-style. We have some exclusive shots courtesy of the CW of the premiere episode, The Birthday, and we’d like to see if you can dream up a scenario based on what you see in the picture…

In the above photo, Alaric (Matt Davis), Damon (Ian Somerhalder) and Elena are gathered around an open bottle of booze. What’s up with that? 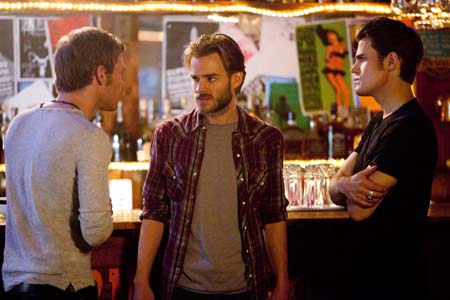 This next picture posted above, we were totally pumped to get, and we mean that in the most professional way. Who is that we spy hanging out with Klaus (Joseph Morgan) and Stefan (Paul Wesley)? Could it be a blast from 7th Heaven past — David Gallagher (Ray)? 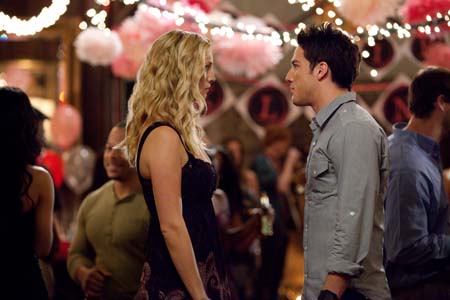 For all of you Tyler (Michael Trevino) and Caroline (Candice Accola) fans out there, what’s with the serious faces in the picture above? Are they confessing their undying love for each other or is she saying goodbye to him? You’ll have to wait and see! 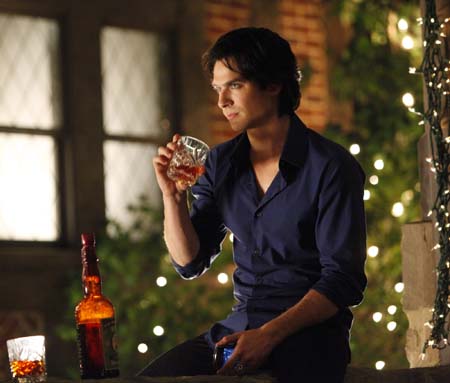 Last but not least, why is Damon downing so much liquor? Could it be the secret gift he’s rumored to be giving Elena for her 18th birthday?

Now that you have a few pictures to get your mind racing, start dreaming up answers for the season three premiere of The Vampire Diaries — it debuts on Thursday, Sept. 15.

Which is your favorite picture?