The MTV Video Music Awards kick off tonight and what better way to celebrate the nominees than with a look at a few of their videos. 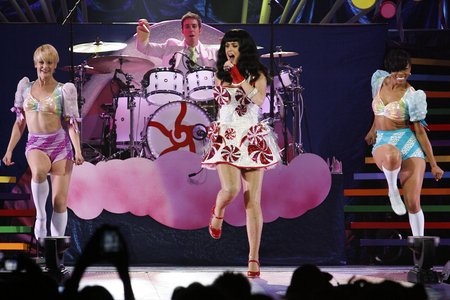 The MTV Video Music Awards and Katy Perry go hand-in-hand this year, as the singer leads the pack of nominees with a whopping nine nods.

Best Pop Video of the Year is always one to watch, but with Adele (Rolling in the Deep), Bruno Mars (Grenade), Pitbull featuring Ne-Yo, Nayer and Afrojack (Give Me Everything) and Britney Spears (Till the World Ends) all hot on her heels, can Perry’s Last Friday Night hold them off?

adele – rolling in the deep

pitbull (ne-yo, Nayer and afrojack) – give me everything

Britney spears – till the world ends

All eyes will definitely be on the nominees for Video of the Year.

Adele (Rolling in the Deep), Tyler, the Creator (Yonkers), Katy Perry (Firework), Bruno Mars (Grenade) and Beastie Boys will go head-to-head for the top-honor of the night, but don’t look for the category to be easily decided. Adele has been dominating lately, but Bruno Mars could pull this one out. Then there’s also the old school favorites the Beastie Boys (Make Some Noise). Wow, this is too close to call.