The father of Amy Winehouse says he may have to return donations for the planned Amy Winehouse Foundation because someone already registered the name. 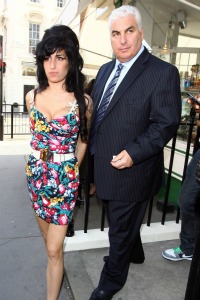 Cyber squatters have put a damper on the plans made by Amy Winehouse’s father to start a charity in her name.

Mitch Winehouse says he may be forced to return donations from fans for the Amy Winehouse Foundation because someone registered the Internet domain name from underneath him — and that person is trying to sell it for a hugely inflated sum.

The father of Amy Winehouse broke the news on Twitter. “At moment someone else has registered an Amy Winehouse foundation,” he wrote. “We will get the name back but it is time consuming. In the meantime, keep playing Amys music and think about her.”

“We all have to bombard the tabloids websites to put pressure on this [expletive]head who stole our foundation name… Instead of concentrating on allocating funding I am having to send cheques back cos we don’t haven’t got bank ac in that name.”

“Our solicitors are all over this, but it takes time. Meanwhile we can’t get on with foundation,” he wrote.

And, he says, the cyber squatter was trying to sell the name for a hefty price — to a rather hilarious target.

“This person was offering to sell name on website. We have got this withdrawn… He was also trying to get in touch with Blake to set up the foundation. Blake? Can you imagine?” Winehouse wrote.

Things seems to have turned around, though. Mitch updated fans today, “It seems we have got our foundation back. I will update you all tomorrow. Very positive.”

Since the death of Amy Winehouse, her father has been trying to set up a charitable foundation in her name to help stem the flood of drug use in the UK.

Did Amy Winehouse reach out to Dr. Drew before she died?