The fashion rumor mill is in overdrive as it looks like Marc Jacobs will leave Louis Vuitton to take the top job at Christian Dior after John Galliano was shown the door (or, shall we say, shown the Dior)?

Related story Save Up to 90% On Brands like Hydroflask, Draper James, & More at Nordstrom Rack's President's Day Sale 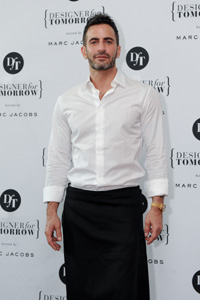 “One source cautioned that a deal with Jacobs is not assured, but that the American designer and Dior management are so far ‘excited’ about the prospect,” WWD says.

John Galliano was fired from Dior back in March of this year after he was arrested at a café in Paris for making anti-Semitic remarks. A video also surfaced with the designer saying, “I love Hitler.”

Galliano’s close friend, Steven Robinson, died of a massive cocaine overdose and the designer said that “the shock of losing Mr Robinson had increased his reliance on alcohol and anti-depressants — which in turn allegedly caused his anti-social behavior.”

Dior condemmed his remarks and fired him. He entered a rehabilition facility for an addiction to alcohol shortly after and most recently designed Kate Moss’s wedding gown.

No confirmation yet if Jacob will take over the role, as other names that are still contenders for the top spot at Dior are Riccardo Tisci, Alexander Want, Christian Lacriox and Keren Craig of Marchesa.