One of the most successful songwriters of the decade called Katy Perry “crap” in a televised interview. 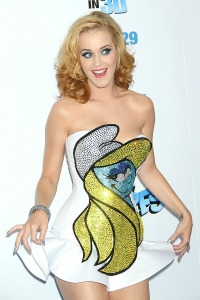 Linda Perry is best known as the lead singer of 4 Non Blondes but became a highly successful songwriter after shaping the sound of Pink, writing much of Christina Aguilera‘s most successful album and penning some tunes for Gwen Stefani. However, there’s one female artist she wants nothing to do with–Katy Perry.

In an interview with music journalist Heath Daniels, Linda said, “…people are still buying records. It’s the crap, like who wants a [expletive] Katy Perry record? I’m sorry, you know? You’re gonna get the two songs that are probably the hits that are good, but the rest of the album is gonna be crap.”

“It’s going to sound like [expletive] and who cares about buying that record? So people download the single and then that’s it.”

“She’s just giving, you know, microwave popcorn for you to feast on right at this moment. You know, that’s it,” Linda said. “And that’s what she wants to do obviously. She’s not looking to change the world musically, she’s not. So all the power to her and everybody that is like that. I’m not saying it’s bad. I’m just saying, it’s not what I participate in. But that is part of the reason why the music business is in turmoil, so to say.”

Considering the fact that Katy Perry just made history by tying Michael Jackson‘s record of five number one singles off of one album, we think she would beg to differ.

Watch the best video of a Katy Perry cover ever!